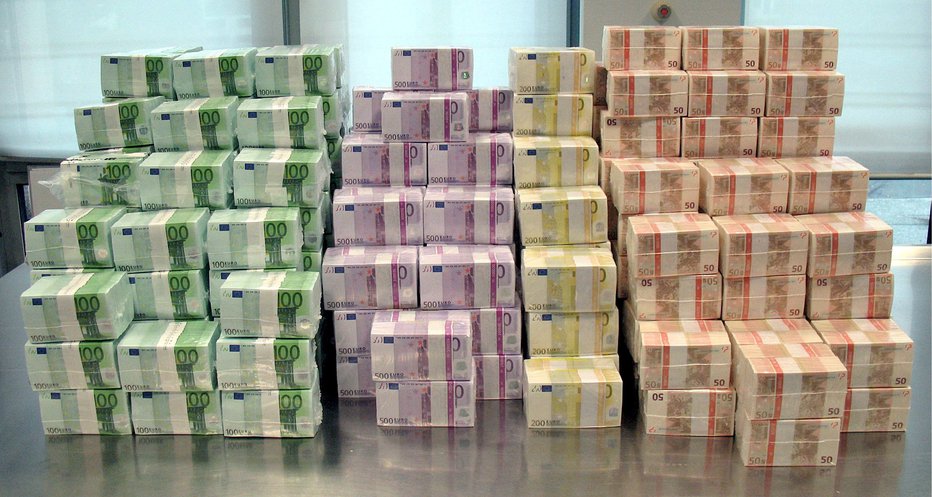 Odpri galerijo
epa01190134 A undated handout picture supplied by German Deutsche Bundesbank shows a 38 million euro lotto jackpot in cash at the Deutsche Bundesbank in Frankfurt, Main. A spokesperson of the Deutsche Lotto- und Totoblock announced in Stuttgart that there were no winners of the weekend's 38 million euro jackpot and in the next drawing on Wednesday 05 December 2007 it will rise to the record mark of 43 million euro. Ten people were lucky having the correct six digits each winning some 600,000 euro. None of them, however, had the super number 0 to hit the jackpot. EPA/DEUTSCHE BUNDESBANK/HO